Since 2012 and the start of the Fight for $15 Movement began, minimum wage has been a hotly debated topic. Many people argue that raising the minimum wage will provide much needed income increases for millions of Americans. Others argue that minimum wage increases cause inflation and job loss. That being said, the minimum wage in 21 states and Washington, D.C. have or are set to increase sometime in 2019. What effects will these increases have on the economy and who will feel these effects?

This table shows the changes made in each state that has or will be increasing its minimum wage in 2019. 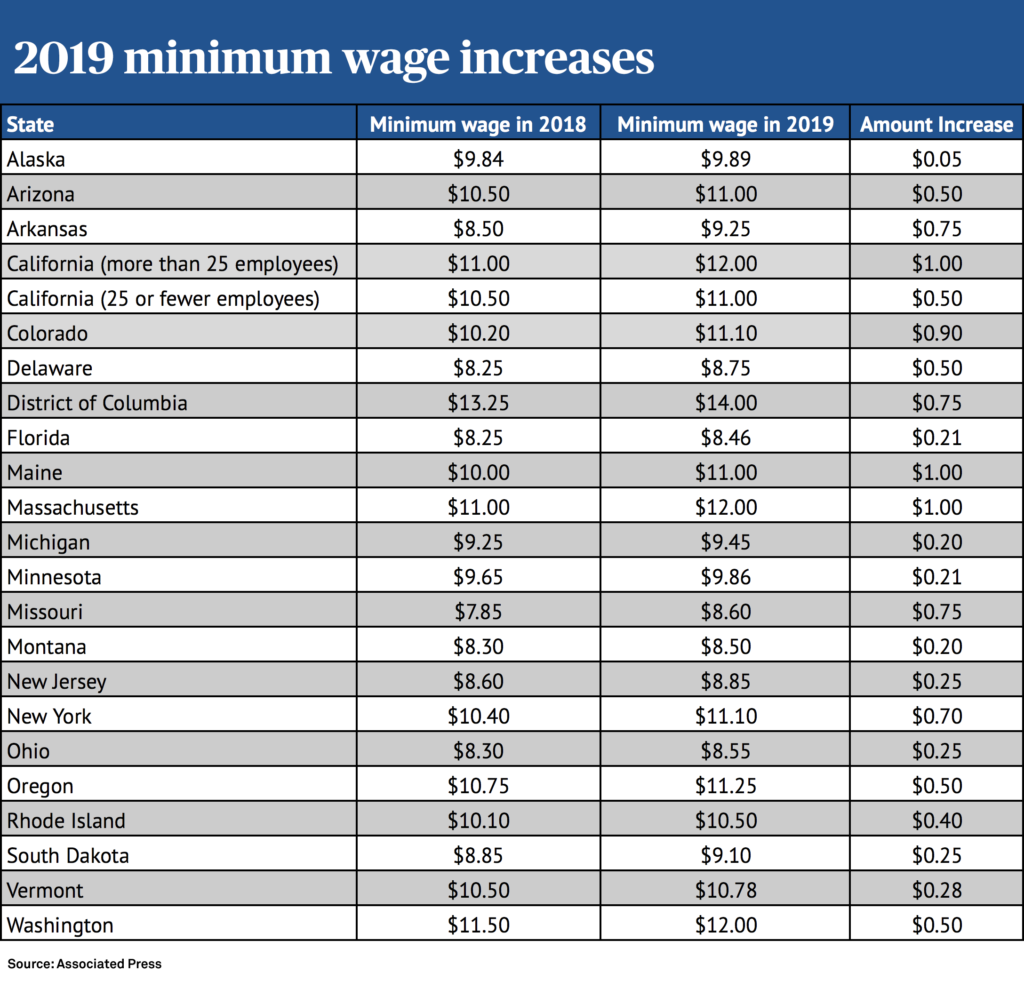 The report goes on to describe the characteristics of those that earn the minimum wage. Most people that earned the wage were teenagers or young adults. “Although workers under age 25 represented only about one-fifth of hourly paid workers, they made up about half of those paid the federal minimum wage or less.” On top of this, it seems those most likely to earn minimum wage were those who worked part-time. Three-fifths of all minimum wage earners work in the leisure and hospitality industry, almost exclusively in restaurant and food services, meaning they work as waiters (who receive tips). The list goes on to narrow down who earns the minimum wage. But clearly, the majority of those earning minimum wage are not highly educated, full-time working adults. Rather they are less educated, part-time working teenagers and young adults.

Minimum wage hikes cause unemployment and it’s easy to understand why. When a business is forced to give raises to many of its workers, prices either have to go up or jobs have to be cut in order to meet the bottom line. Fast food restaurants especially have felt the impact of increasing minimum wages. In order to compensate for rising labor costs in 2017, Wendy’s CEO decided to cut 31 hours per week per location. To account for the loss of workers, Wendy’s installed automated kiosks to replace human workers.

This work-around the minimum wage saved them money and helped increased productivity, but cost a worker their job. Instead of putting more money in a low-wage worker’s pocket, the new minimum wage law cost them their job. 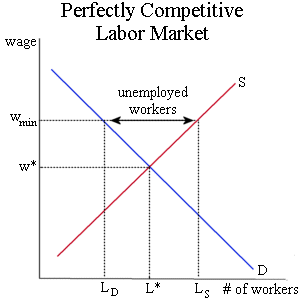 Minimum wage laws also increase prices. The Heritage Foundation did an extensive study looking into how prices were affected by rising minimum wages. They found that in places with lower cost of living, like the South, a 10% increase in the minimum wage led to 2.7% increase in prices. Prices were most affected in industries (like small

businesses) and places that employed a larger number of minimum wage workers than those that did not. Fast food restaurants were forced to increase prices by anywhere from 0.7% to 1.8%.

These price increases may not seem like much, but when factoring in the effects prices have on sales, they have a lot more meaning. The table to the left shows multiple studies that calculated how consumers respond to price changes at fast food restaurants.

Based on these studies, sales could drop anywhere between 7.4% to 18.8% after a 10% price increase. Small business owners and those that employ more minimum wage workers would feel this squeeze the most.

Taking this into account, increasing the federal minimum wage from $7.25 to $15, an increase of more than 100%, would have devastating effects on prices and sales in the U.S. 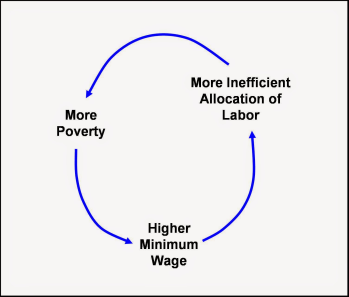 Minimum wage laws are not worth the trouble they cause in the economy. They cause unemployment, price inflation, and are ineffective and inefficient in accomplishing their goals. Minimum wage should not be enforced by the government. The level of wages should be left to businesses to decide.

The deadweight loss government causes in the markets through minimum wage is unacceptable. Markets, businesses, and people perform at the highest capacity when left to themselves, free from government intervention.